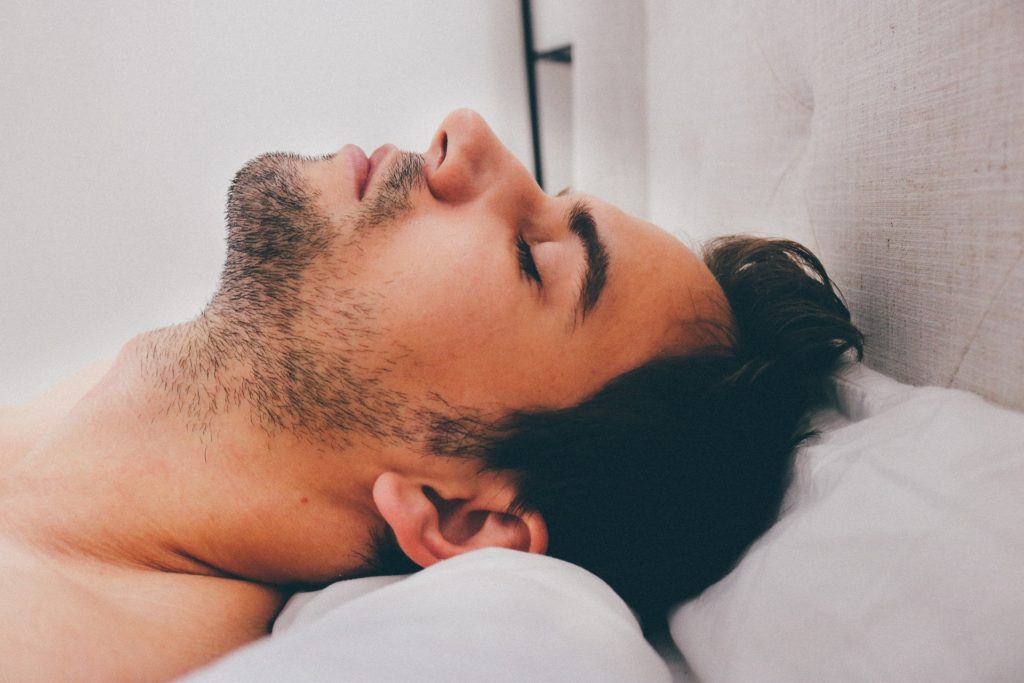 Sleep apnea is about twice as common in men as in women: between two and four percent of middle-aged men in Germany suffer from the symptoms of obstructive sleep apnea. Because the disease often remains undetected and symptoms are attributed to other causes, the number of unreported cases is probably significantly higher.

Because untreated sleep apnea can have serious consequences, find out here about the symptoms and causes in men. If you recognize parallels, use this self-test and have a positive result clarified by a specialist.

The good news is: sleep apnea in men can be completely cured. While conventional treatments only relieve the symptoms, causal therapy eliminates the cause of the airway obstruction. Surgery creates more space in the mouth/throat by shifting and rotating the jaws.

If you would like to learn more about us and the currently only cure for sleep apnea in men, contact us without obligation. You can also find further information in our blog.

Do you suffer from sleep apnea? If you are a man between the ages of 40 and 65, it is not unlikely. 20 to 50 percent of middle-aged and older men are affected in Germany alone. Therefore, pay attention to symptoms such as increased urination during the night, headaches after waking up or hair loss. 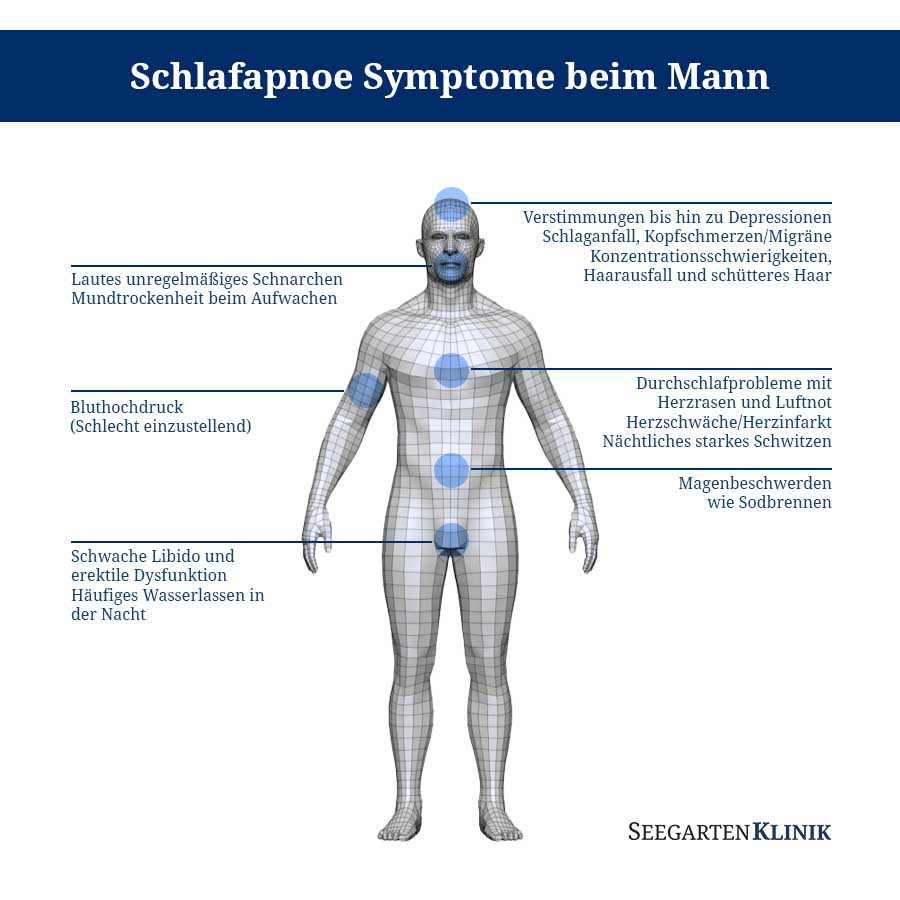 These and similar symptoms do not necessarily indicate sleep apnea in men. If you suspect it, you should still see your family doctor and be referred to a specialist. If detected and treated early, sleep apnea in men can be cured before the condition worsens and further symptoms appear.

The causes of irregular snoring in men

Irregular nightly snoring is probably the most noticeable and common symptom of sleep apnea in men. This is caused by a narrowing of the upper airway, which is caused by slackened tissue in the mouth/throat area. This causes breathing air to be drawn in faster and at a higher pressure. The slackened tissue thus starts to vibrate, which triggers the distinctive snoring sound.

Even though this sound and flaccid tissue are quite typical signs of the breathing disorder, sleep apnea without snoring can occur just as well. Conversely, snoring does not always have to be a symptom of sleep apnea in men. Most often, the disease is favored by an interaction of several factors.

Are you eligible for curative treatment? Take the test now!