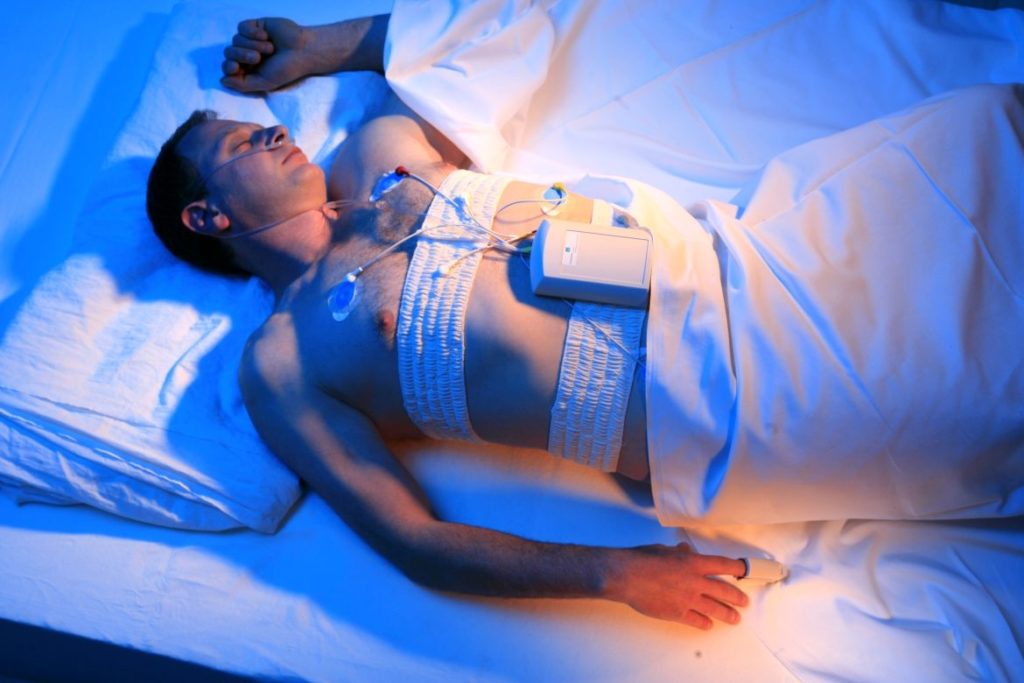 The AHI is the number of apneas or hypopneas recorded during polysomnography per hour slept. It is often referred to as the "number of events per hour" in CPAP equipment. Depending on the AHI index, the severity of sleep apnea is classified.

Sometimes the Respiratory Disturbance Index (RDI) is used in polysomnography. This can be confusing to many because the RDI includes not only apneas and hypopneas, but also other, more subtle breathing irregularities. This means that a person's RDI index can be higher than the AHI.

How reliable is the AHI index?

Since polysomnography only measures apneas and hypopneas that last at least 10 seconds, many short pauses in breathing, even if they are in direct succession, could not be counted. If you imagine that you had 6 pauses of 9 seconds each in a minute, then you only took about 6 breaths per minute. Normally, a healthy person breathes about 12-20 times per minute.

During polysomnography, a decrease in blood oxygen content (desaturation) is also recorded. At sea level, a normal blood oxygen content (saturation) is usually 96-99%. Although there are no generally accepted classifications for the severity of oxygen desaturation, brief reductions to no less than 92% are usually considered mild. Dips into the 80-89% range may be considered moderate, and those below 80% are severe. However, sustained reductions in oxygen saturation below 92% can be fatal to the body. Sleep apnea sufferers who have airway obstruction tend to have oxygen desaturations not only during the night but often have them spread throughout the day. Therefore, the treatment of choice for obstructive sleep apnea should always be causal, if possible.

Are you eligible for curative treatment? Take the test now!